Hoo boy, was this a fun fight card. I feel like a lot of people underestimated this card, but it really did show up. You can check out my predictions here and see how I matched up, but otherwise, we’re going to jump right in.

The story of this one was all in the takedown defense of Diego Lima. I’ll be honest – I didn’t think he had it in hi  against the superior wrestler in Court McGee. I thought Lima had the edge on the feet, but there was no way he could kept there. Credit where credit’s due, his defense held up and it was mostly on the feet and Lima was outworking McGee. The issue is that neither of these fighters have a high ceiling on them. Sadly, I think they will both fade into testers for up-and-coming fighters in the future.

There’s nothing much to say here. A fighter who has gone and sometimes beaten the best in the world was matched against someone who does not belong in the Octagon. Hill showed her the way out and got an easy win back on her record. I think Hill will become a low-level gatekeeper of sorts and I most certainly do not see a title shot for her ever.

This was the wholesome event of the night. A veteran in Jim Miller submitted Gonzalez in front of his whole family. That shot was absolute gold when he turned to his kids. 12/10. Miller said he hopes for a Cinderella Man run, but that’s not going to happen, sadly. He’s in one of the most stacked divisions as a fighter who will only go downhill in a battle against his own age. As for Gonzalez, his future in the UFC isn’t looking too hot. Unless Gonzalez can open up an incredible performance in his next fight, he will be on the way out.

I think both of these fighters have high ceilings on them. Burns landed some killer shots on the feet, but it was certainly more contested there. Once Burns took the back of Davis, it was over, but Davis warded off the attacks for a while, which was incredibly impressive against someone of the caliber of Burns. I see Davis becoming an entertaining  prospect going forward and Burns could become a real contender at 155 if he closes some of the holes in his stand up and doesn’t rely too heavily on his power.

This was the fight I was most mad about in the decision. Not that Esparza won, because her reversals and dominant top game outworked Jandiroba, whose submission game off her back did not show up to play. I do not see any way that Esparza won a 30-27 as one judge scored it. I actually saw it as a split decision, but what do I know?

This was a boring match. Arlovski out struck Sakai using his speed, but lost in the power department. I wish Arlovski would retire.

This was a brutal knockout. Get out, Ben Saunders, no one wants you here. Sato looks to have incredible stand up and should he make a more well-rounded game he could become a serious threat at 170. I would very much like to see him fight Curtis Millender next.

Roosevelt Roberts will have a number next to his name by the end of the year. This guy has a serious ground game and solid standup. He showed the technique and expertise that you would expect from a top 10 fighter. His fight IQ could use a little bit extra, but he walked over Gifford and Gifford’s whole game was just desperate swinging for a submission.

I can’t wait to see more of Roosevelt Roberts and I think he deserves a bigger name in his next scrap. Gifford may be a talent going forward, but he was entirely outplayed here. 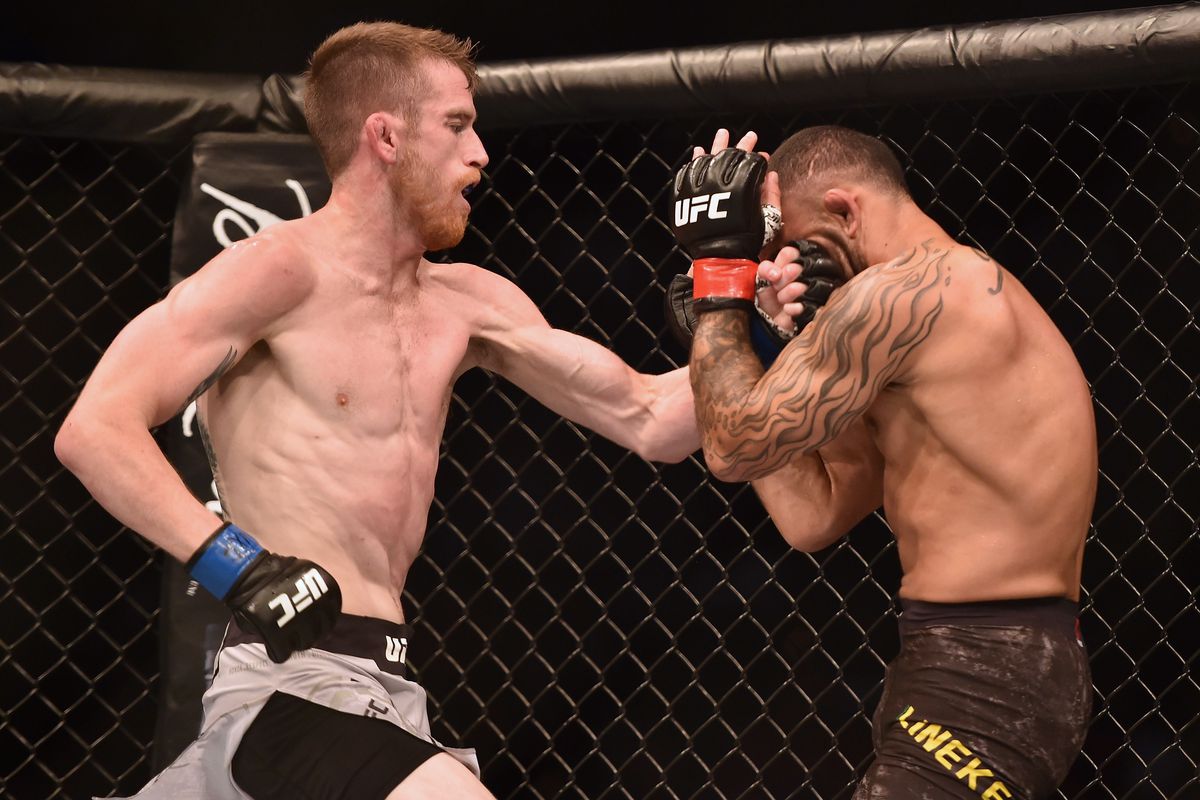 This deserved fight of the night, in my humble opinion. Both guys were just standing and banging and Sandhagen definitely deserved then. I can’t believe that it went split. I can see Lineker winning that third round, but he was beat in both volume and damage in those first two, so I entirely disagree with hat Ft. Lauderdale crowd booing Sandhagen after a well-fought victory.

Sandhagen is a huge threat to the division with his length and brawling style. I would love to see him matched up against Assuncao or Garbrandt in his next fight. Lineker remains a huge threat to anyone going forward and should have a solid W on his record next, depending on who he fights.

Ion Cutelaba came in hot, as always, in the first round. He had Teixiera dazed but his kill or be killed mentality went bad once it hit the canvas. Neither of these fighters should be underestimated going forward. Cutelaba’s takedown defense and striking acumen showed up, and his cardio looked improved, if still a problem.

I’m not sure who Cutelaba should fight next, but he remains a significant threat to anyone across the cage from him. Teixiera is not looking good against the upper LHW division. I feel like they will put him against Johnny Walker, which would be sad. I don’t want to see Teixiera die in the cage. Teixiera said he has quite a few fights left in him and that he isn’t going anywhere. Glover, we will all be watching attentively!! 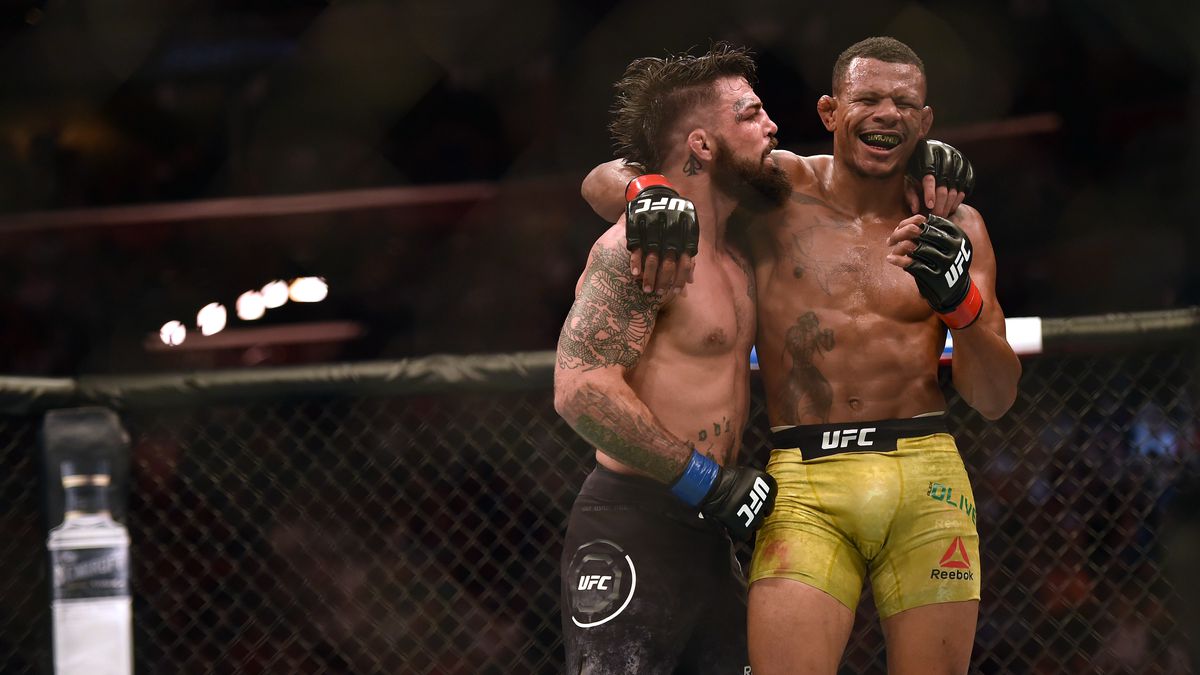 This was  hell of a fight. There is debate on whether it deserves the FOTN, but it was incredible. Mike Perry came in with his usual style and I thought that he would finish the fight multiple times. Oliveira went all out in the first round, and if he had not gassed himself, we may have been in for a very different fight. Perry was all over him in the second and third rounds and I think that Perry proved a lot of people wrong who were underestimating his ground game. He seemed to have the edge everywhere this fight went. They were both just lobbing bombs at each other, but Perry has a serious chin on him and I didn’t see him getting knocked out.

It seems like Perry is working on his ground game and I would be absolutely thrilled to see him against Till next. I’m not sure who Oliveira should be against going forward, but he is a fan favorite and I see him remaining in the UFC for a good long while, even if he never becomes a title contender.

This was a joke of a fight. Smoliakov did not even throw a punch and Hardy went over him in every way. Please, please, please. Greg Hardy vs. Justin Willis. Please. 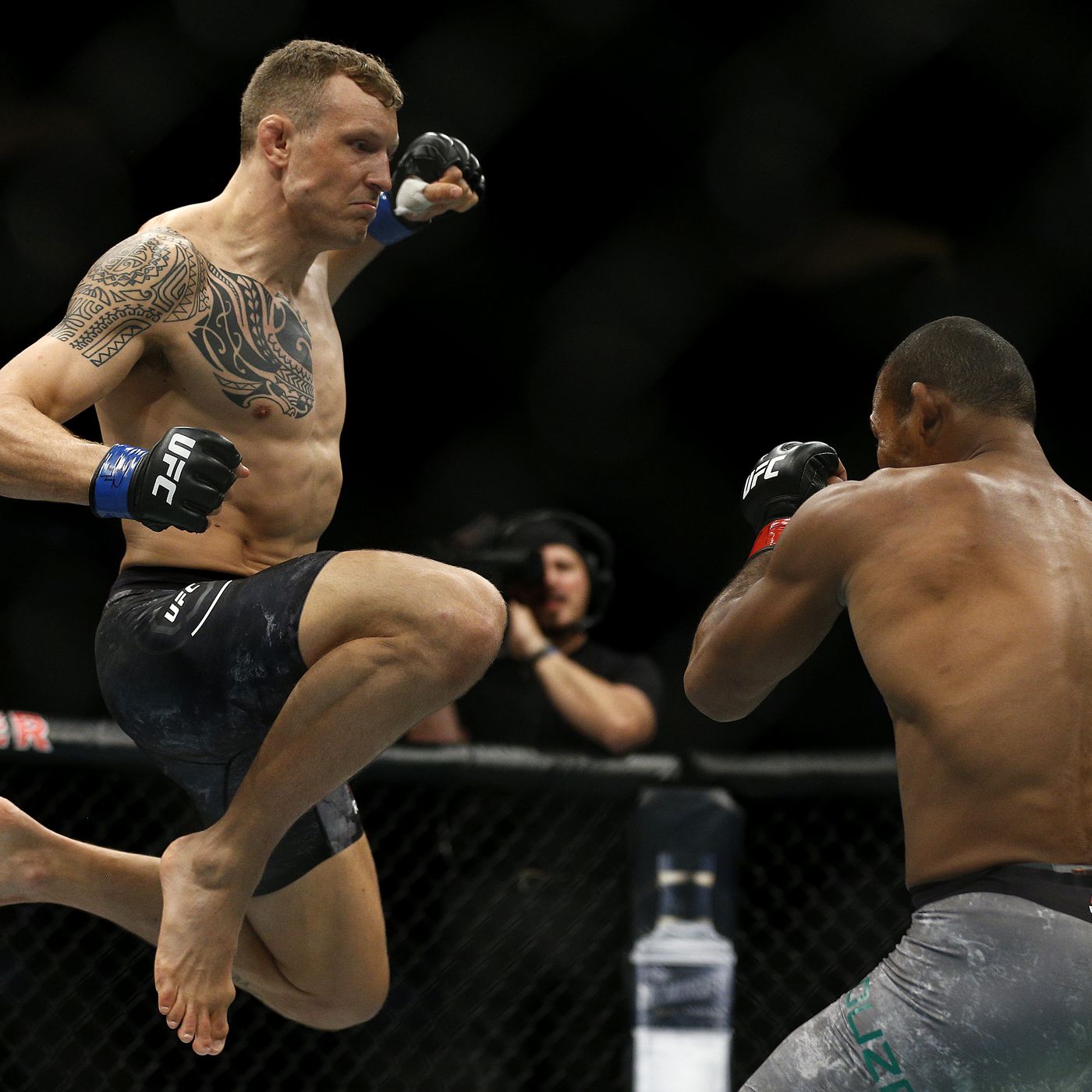 I cannot believe Jack Hermansson did not get a performance bonus. He was all over Jacare for the entire fight, except for the last two minutes of the third round, where Jacare seemed to actually get his legs under him. If Souza had done more, this would have been an incredible fight, but he really did not show up in his typical fashion.

Hermansson looks like an absolute machine going forward. He showed the caliber of his submission game and that he wasn’t afraid to play around with Jacare, one of the best submission artists ever. His standup was better than ever. He showed power and a technical approach, as well as the cardio to compete in these championship-caliber events. I’m not sure who would be next for Hermansson. I assume it would either be Gastelum or Romero in his next bout and either way I cannot wait to see.

It seems like Jacare will be doomed to never fight for the belt. Every time that he makes a solid run like this, he gets kicked down by some upper level contender, then puts on another streak and then gets kicked back down. I have one request for Jacare, then I’ll let it be. Chris Weidman vs. Jacare 2. Please. Pretty please with knockouts on top.

Looking back on this, a LOT more fights went to decision than I anticipated. That’s not to say they weren’t entertaining. This main card is one for the ages and in a month I will probably sit down and just watch it over again. I know I’ve said this before, but every single card this year has just been incredible. There’s high level prospect matches and killer main events. Even the cards not decorated with future stars have brutal finishes that have been added to highlight reels. This week was no different. Next week the Octagon will be traveling to Ottawa in Canada and you already know my predictions will be out later in the week for that one.