About nine months ago,I uploaded my first Netflix binge review, which you can take a look at by clicking right back there up there ^^^. Sometimes you just get those days where you feel like camping out in front of your home big screen (or for our mobile friends, little screen). Well we’re going to run it back again. We have a nice variety of various cute little balls of trash. The one rule to the binge review (for movies that is) is that you take one of the movies of the front page of Netflix then have to pick one of the recommendations that pop up after the movie. You continue down the line until you give up (or get enough movies for an article). 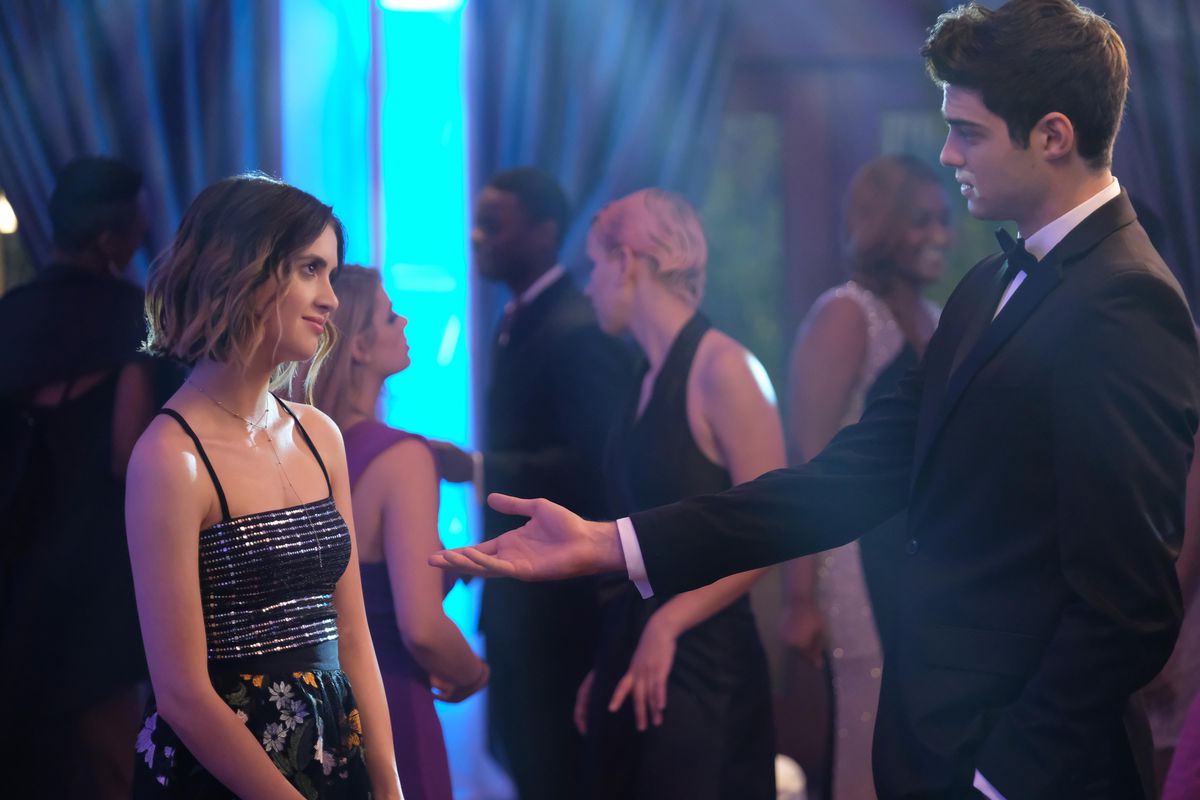 Our little list here is getting kicked off with The Perfect Date, one of those little teen rom-com things. They got the god of teen movies – Noah Centineo for this one. Noah (I don’t even remember the character’s name) plays some dude who is paid to go on a date with a girl. After realizing he needs more money for college, his best friend develops an app where they can request the exact date that they want.

As far as these movies go, this had a unique plot. That’s about where my positive thoughts of this movie end. The acting was fine and the dialogue was seriously subpar. The studio must have told the writer, “Hey, let’s make this appeal to that part of the population with single-digit IQs.” The best friend in the show is black and gay, which would be cool, except that it felt entirely forced onto you. Like it was as if the studio needed to check a diversity box so they forced in this character. The moments where it acknowledges the character make this little goal of theirs painfully obvious and it takes the storyline down with it. Write some real diversity in, please. Honestly, this movie just got to the point where I was tapping the screen every other minute just to see how much longer I had to keep watching.

Sierra Burgess Is A Loser 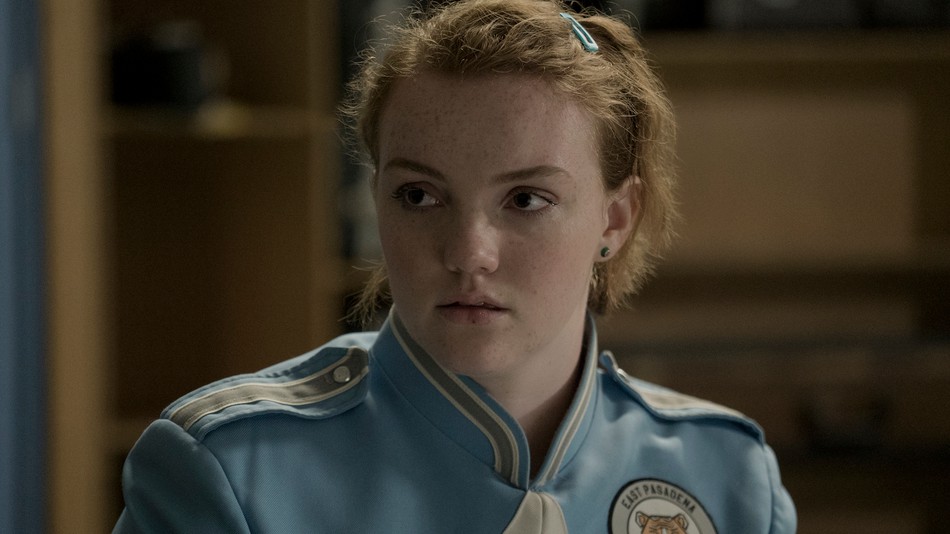 So our main character in this teen rom-com (hey, that’s what I get for playing by the rules) is a high school outcast. Wow, what a shocking and never-before-seen element. Sierra Burgess is a straight A student whose interests are… um… marching band? Some clever popular bully gives this guy (Noah Centineo, what did I say) Sierra’s number as a funny joke. They hit it off and Sierra decides to pretend to be Veronica (I think that’s the popular girl’s name?). To pass this lie, Sierra tutors Veronica in exchange for FaceTime appearances. Then it all blows up in their face, then cliche “just be who you are” resolution.

This storyline issue played out it isn’t even funny. Except in this movie, they did it without funny lines/actors and without any character development. Literally! The character that grows the most is Veronica, who is supposed to be the antagonist! This was so unbelievably cliche that watching this felt like when Family Guy does a knockoff of something but can’t say the real name because of branding. Except this wasn’t funny. 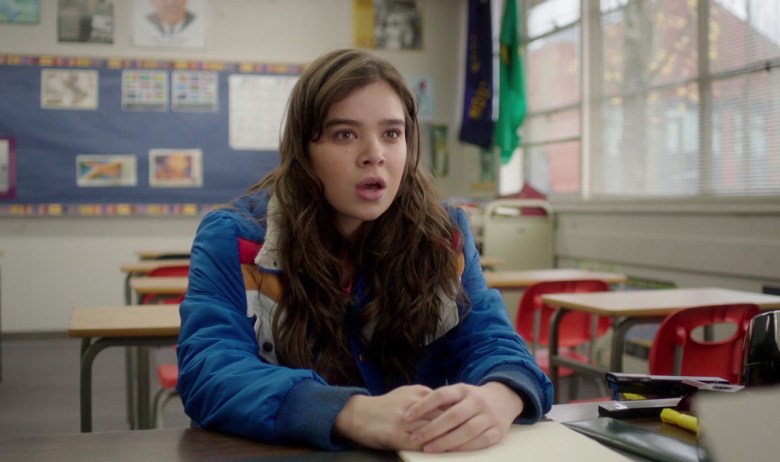 This was the teen movie I actually enjoyed. I felt like it gave insight to the doubt and struggle of the average teenager and also shone a light on giving a look into others’ perspectives. The acting here was incredible and you felt like each character actually dove into their role instead of just reading lines of a page. My favorite part was the dry comedic tone of the movie and almost taking a sarcastic look at the world through the eyes of someone overlooked – even by her own family. I’m not a teen movie kinda guy and I can see myself going back to watch it.

Scott Pilgrim vs. The World

This was an old little film, but nonetheless good. Michael Cera (praise be) plays Scott Pilgrim. The movie opens with him dating a high schooler (he’s 21) and then he sorta falls for the new girl in town, Ramona Flowers. To date Ramona, he has to defeat her Seven Evil Exes in physical combat. It’s downright hilarious. I mean just looking at Cera, you can tell he’s not much of a fighter.

The movie has a wonderful and unique tone, almost like Scott is going through an old-school fighting game. The movie hammers home its comedic style but also delivers a wholesome message about the value of personal growth. 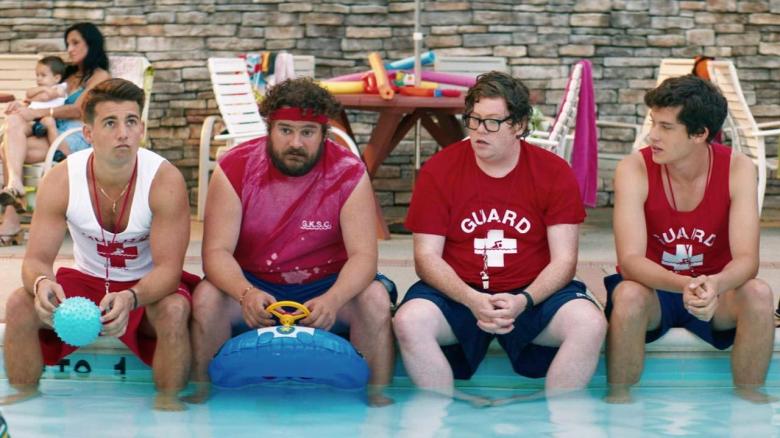 The raunchy comedy is by the SNL cast, some acting and some behind the camera. The story revolves around a senior about to leave for college to Harvard who is working as a lifeguard at a swimming pool. The lifeguards have only one goal – having their end of year party. In their way is their manager, Chuck, who will stop at nothing to stop the party from happening.

The movie is a lot funnier than I thought it would be. I assumed it would just be foul humor with about half of it actually landing. Instead they had solid comedy and also brought in comedy motifs to bolster the movie critically. This won’t change your life, but it is a real good time for that long car ride.

Father Of The Year

Ahhh, David Spade. The raunchy comedy actor of raunchy comedies. This one is no different. It brings in a few Disney channel stars to mix things up, but honestly, this is a pretty one-dimensional movie.It’s just there for laughs. There’s no deep drama or themes on the human psyche, it’s just some laughs. Just look at it in that light and you might enjoy it.

This was fun. Have fun checking these out, or maybe going on a Binge adventure of your own. And yes, I am capitalizing Binge as if I invented the word. But hey, I did invent this little game. I think.