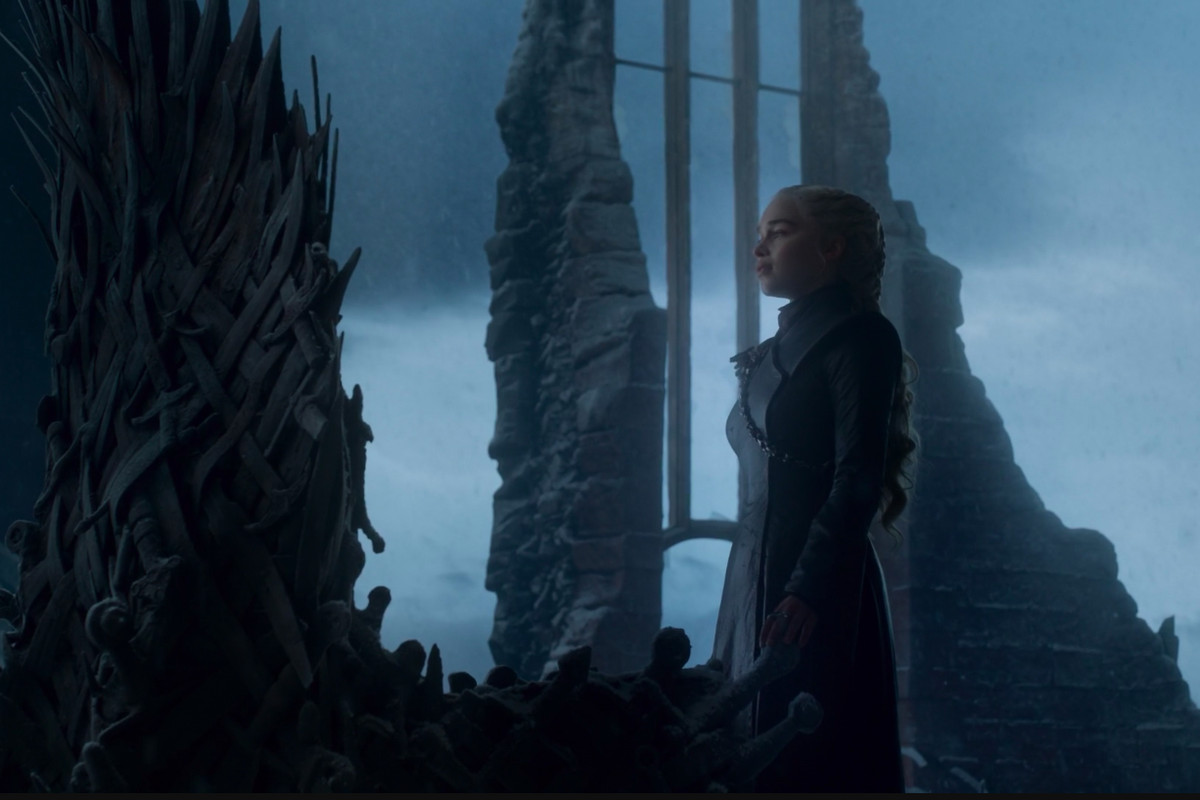 In your first ever writing class, what was that one phrase they would hammer home? Show not tell.

Show not tell. Show not tell. Through primary, elementary, middle, high, college, or grad school, the main element that all writing professors share is ‘SHOW NOT TELL’.

Well, this episode abandoned that completely.

Maybe I’m a little harsh. The second half of the episode abandoned that completely.

“Hey, how can we wrap this up?” Well, we could do the smaller season of 8 episodes and develop each character’s reasoning and development in how they move forward.

Nahhhhh. Let’s just give ’em each a sentence and send them on their way. It’s pretty much a slap in the face to writers everywhere. They have a huge series beloved by fans all across the world and they decide to scrap it nice and quick just so they could go work on the new Star Wars thingy. It’s disgusting, really.

I just fell like it’s unnecessary. Just end it at Drogon flying off if you’re not going to do anything meaningful afterward.

But how about Bran the Broken?

Our new king. What a joke.

I didn’t like Bran before he became the Three-Eyed Raven. Now that he doesn’t have any personality, do you think it’s getting any better.

I don’t know what more to say other than this episode just felt disrespectful to anyone who has been interested in the show for a long time. Or who read the books. Or who liked Daenerys. Or who considers themselves a writer.

Or even anyone who just enjoys good television.