So Game of Thrones ended. It’s been a week since the last episode came out, so I’m giving everyone who wants to see it time to see it.

Honestly, this is all kind of crazy. There hasn’t been a TV show that has been such a cultural staple. Sure, you get movie franchises like Star Wars or The Avengers that have these massive backings. The only TV show to get even close would have to be Breaking Bad and even that wasn’t on the level of this.

On top of that, there has never been a show or movie that was so massively popular that is so widely hated. Everyone and their mother has seen the finale by now and almost everyone hated it.

So pull up your britches and batton down the hatches because this will be a little long-winded. 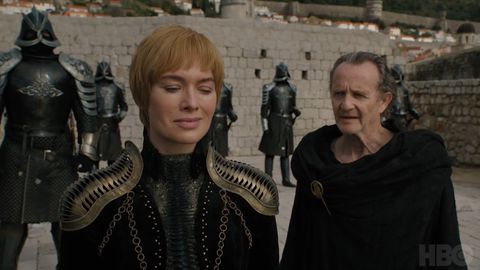 It’s hard to know where to start with this.

The show has one of the best — if not the best — cinematography and acting to ever be on television. That did not change with this season. Each character played their role and the lines they were given perfectly and as for the visuals, they only improved this season with the larger budget. On that front, this season cannot be discounted.

The writing. Ooooh, the writing. Therein lies the tragedy of Season 8.

The previous seven seasons (maybe the 7th is debatable) were given the basis of the storyline by George RR Martin. They had the foundations down and they knew where they were going. Each episode was both conclusions to previous episodes and foreshadowing to further ones. That’s what made it so great. It kept the viewer engaged and watching with multiple storylines all panning out at the same time.

This season looked at that and just kinda said…. f that.

It felt like they entirely wasted so much of the setup from prior seasons.

Jon being a Targaryen… useless.

Dany’s time being a beloved ruler in Essos… useless.

Bran being the Three-Eyed Raven… useless.

It’s just a slap in the face.

Now the show was meant to go on ten seasons, but the two writers decided they wanted to dip and do Star Wars (screw them by the way).

I think that would have been perfect. If the events played out exactly the way they did, I would have absolutely no problem. The issue is that things happened just because they happened. There’s no explanation, no development, and for the most part, the story was just given up on in its entirety.

As a writer, it’s like they’re literally spitting on me. I hate it.

I think that every action in the show had its reasoning, but they didn’t spell out that reasoning. They didn’t develop it until it got to the tipping point if you will. Instead, they decided, “Yeah, that’ll be fine, I GUESS.”

What even is that shit?

I mean, come on. Literally, in like the sixth episode, they’re like, “Oi, mate, wanna be king of Winterfell?’ and homeboy says he can’t cuz he’s the Three-Eyed Raven (even though we still don’t really know what that means).

Then this cheeky little rat bastard has the audacity to be like “Why do you think I came all this way?” when they ask him if he wants to be king. WTF IS THAT?!?

It felt like they just dumped everything down in a botched attempt at finality without any exposition or development along the way. It’s gross, is what it is.

The only redeeming qualities of this season are the acting and cinematography, as I said above. That couldn’t be better. But just…. what?!?!?