If you know anything about me or are familiar with my reviews, such as where I ranked every episode of this incredible show, have at least an inkling of my obsession with this. The more I watch it, the more I love it.

Now because of that, this post will be a little longer because I’m going to talk about each episode of this (all 3 *sigh*) and just what I love about it. This season was delayed because of the interactive Bandersnatch movie and I’m okay with that because this season is just as amazing.

We start off 11 years in the past and are introduced to Danny (Anthony Mackie), a mid-twenties kid who has a relaxed lifestyle. He goes clubbing, plays video games, and the like. Although this seems like just a small tidbit, it really develops the central storyline without the viewer even realizing it. It gives the character exposition and develops the lifestyle and personality of Mackie’s portrayal along with showing us the first iteration of the Crashing Vipers video game.

Pretty soon, we’re in the present. Danny has the stereotypical “American Dream” suburban life. He and his longtime best friend Karl begin playing the new iteration of Crashing Vipers, this time in VR. Keep in mind, this is real VR, not the giant headset BS we have right now. Anyways, their virtual characters (keep in mind this is a fighting game) end up hooking up. That’s when shit really hits the fan and the rest of our story unfolds.

On top of the incredible merge of CGI and real actors, this show explores a taboo, yet interesting conversation of unexplored sexuality. The virtual element plays into an aspect of the reality of the situation given that it is in VR and their characters are not both men. The social aspect and thematic exploration built into the show is only emphasized by the acting and skillful script writing that brings you into the characters’ shoes, even if you’ve never experienced a situation even remotely similar, as many Black Mirror episodes do. For me, this episode was both extremely entertaining and ideologically entertaining, keeping me interested through every second of the show. 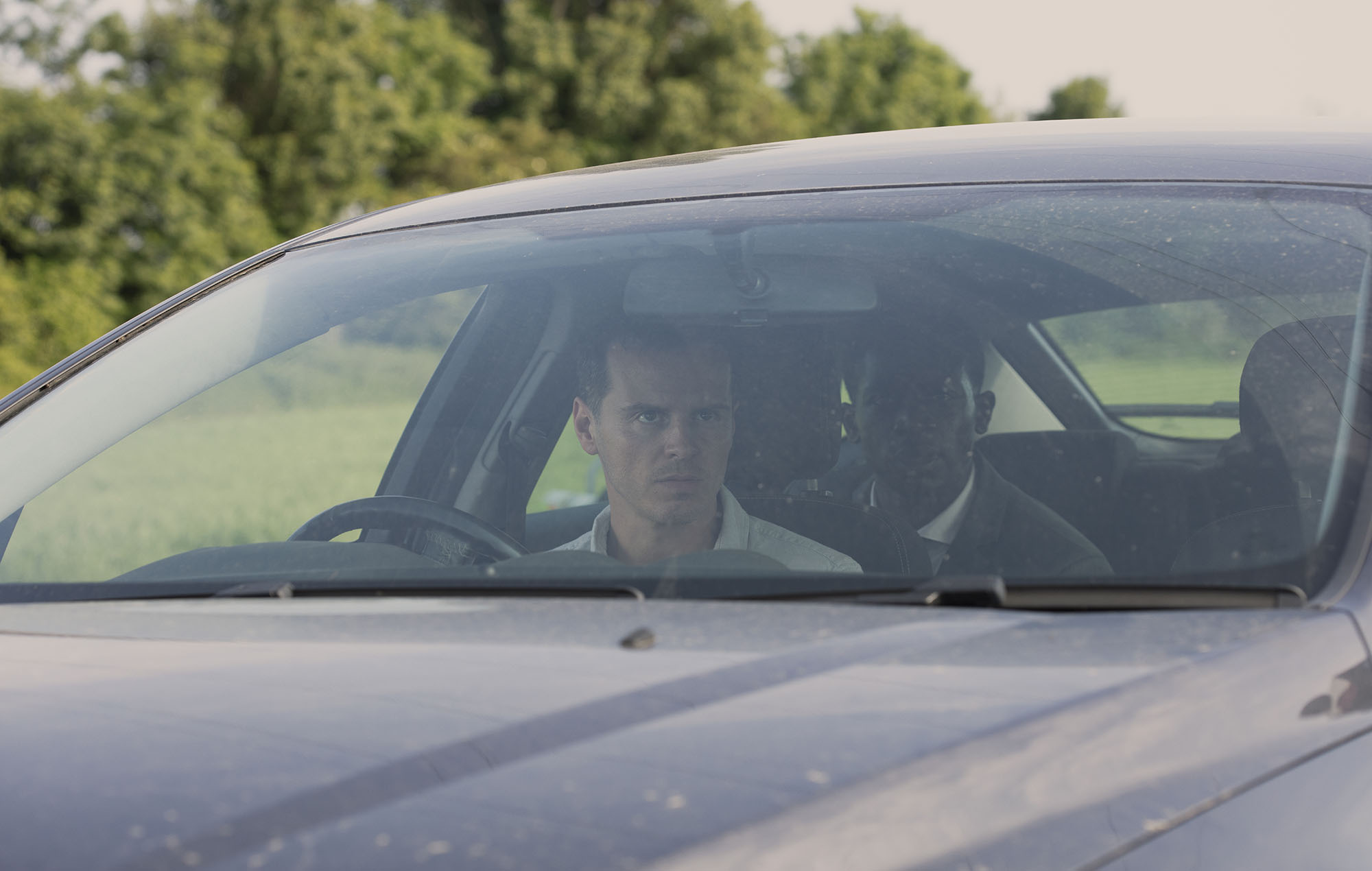 This episode kicks us off with Chris (Andrew Scott), who is a rideshare driver (think Uber). We learn that Chris is certainly reeling from some loss and is attending a group therapy session. At this session, he ends up meeting and sleeping with a  woman, whose daughter committed suicide sometime over a year earlier.

After that exposition, Chris ends up kidnapping Jaden, before realizing he is an intern for the company Smithereen, a social media outlet. Soon, we learn Chris’ fiancee was killed in a car accident, while the driver was busy checking his Smithereen account. Chris blames the CEO entirely for making the app as addictive as possible.

This episode relates closely to the social media that we currently have and is one of the closest episodes to the world in which we live. This episode acts as a public service announcement sorts for corporate responsibility and the damage that social media can inadvertantly cause. Once again, the theme of dangers in social media and its implications, both in mental state and the real world, are called into question in expert fashion. However, this episode was a little slower paced and while the message is good and the cinematic quality follows, as per usual with Black Mirror, the plot rambles a bit much and feels unnecessarily drawn out.

Rachel, Jack and Ashley Too

This episode here is a bit of an oddball. This one starts off with a pop star, Ashley O, releasing her new AI doll called Ashley Too. Teen superfan Rachel buys one and develops a relationship with the brutally optimistic doll who ends up having negative repercussions on her life, forcing Rachel’s older sister to hide the doll in an effort to protect her.

All the while, Ashley O is dealing with depression and a feeling of not being the real person she is – being forced to don a false persona. Her psycho bitch aunt/manager forces the “difficult to deal with” Ashley into a coma and exploits her brain to make money.

I didn’t care for this episode much in the Black Mirror-sphere. It didn’t have any real takeaways or a developed sense of style. Instead, it felt like a played-off drama that didn’t land right in the show’s universe or even of its own merit. What was missing was that classic Black Mirror catch or reveal that leaves the viewer thinking after their own screen goes black. Instead, we are left with a B-rating story that feels way too forced.

Now I’m not going to give this an official rating because I obviously LOVE the show. This season was just as good and my only complaint was that there was not more of it.