So I heard about Good Omens last summer at an author panel and then I had to wait 11 FREAKING MONTHS to watch it. It’s fine, I’m fine, everything’s fine.

In case you aren’t aware of Good Omens, despite the hundreds of TV commercials, trailers going into movies, or literally any form of marketing on the face of this earth, it follows an angel named Aziraphale (Michael Sheen) and a demon called Crowley (David Tennant). These two have to use their odd relationship to put a stop to the Biblical armageddon.

Right off the bat, this show lets you know what it is with a narration by Frances McDormand as the Voice of God. The narration style is a very head-on and does not leave much to the imagination, but seeing as it is purely exposition, I’m going to let that one slide. 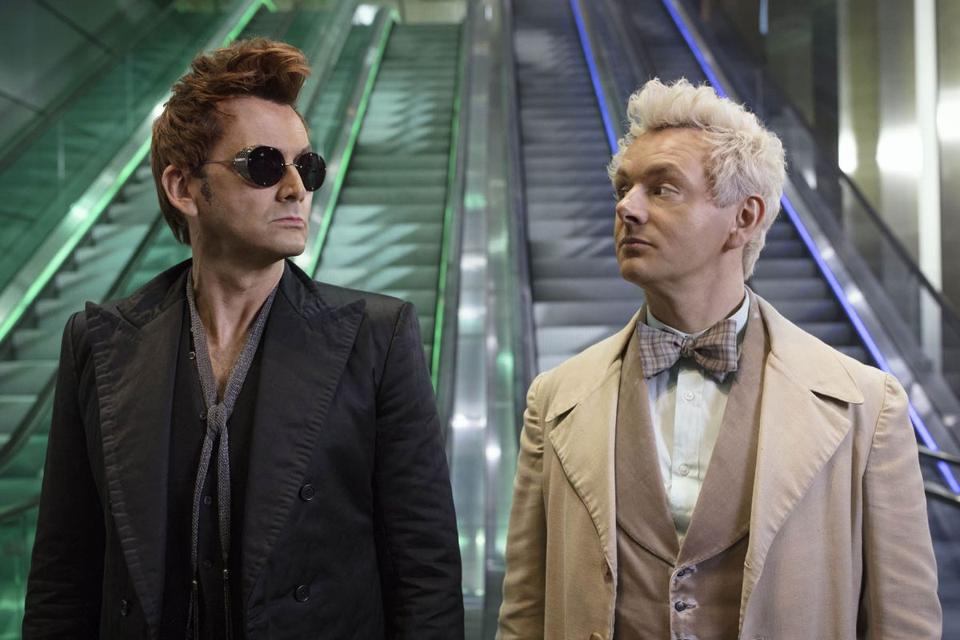 On top of Frances, the acting in the show is star-studded, with the aforementioned Sheen and Tennant, along with various supporting roles from Jon Hamm and others. I cannot fault the acting here a single bit. It all lands and every line is delivered perfectly (or at least how I imagine it was meant to be delivered). Along with that, the special effects and dialogue add the the plot and transform the sci-fi-esque plot into something everyone can identify with.

More on the dialogue. I absolutely loved it. The humor is very tongue in cheek and puts forward the scene as well as accentuating character motivation and conflicts. My only complaint with this element is that it felt like aside from various witty lines, it was very focused on the two major characters. However, with the style and setup for this show, it worked.