Before the age of Game of Thrones, the movie(s) for fantasy was Lord of the Rings. The final one in the trilogy was Return of the King, winning 11 Oscars and the one of Best Picture. The movies were so successful, they spawned a spinoff trilogy based around the prequel book, The Hobbit.

At a short glance, Lord of the Rings (LOTR) may seem to take the cake as the far more successful series, what with the credentialed awards and mass audience support that entirely spawned The Hobbit movies. My mission today is to break down each and every element into what makes these movies tick and determine which movie (series) truly is the One Film to Rule Them All.

The unified rules of MMA are in effect, with the round winner getting ten points and the loser receiving nine of fewer.

This category is kind of a draw. Both are directed by Peter Jackson and offer the same directorial style. However, The Hobbit has a small advantage in simply being the newer movie and having the better tech and industry experience to bring to the table.

Another hard category. I loved the acting in the Hobbit. The main performance by Martin Freeman, as well as supporting performances from Sir Ian McKellan and Richard Armitage, make it damn near close to impossible to top. Leave it to the prequels — err, the sequels that come first — to do it. Elijah Wood’s role as Frodo is iconic and tosses the fantasy world right onto the couch next to you, as well as spawning many memes. Viggo Mortenson can’t be undersold here, and I am also giving a bonus to LOTR having characters so beloved that they were simply a must to return as their character in the prequels, like Gandalf and Smeagol.

I was going to combine dialogue and plot into one category of writing, then I realized they are such different elements with such different makeup that they necessitated their own categories. Plus it rounds me out to an even five rounds.

The Hobbit’s writing of dialogue is solid. It gets the job done. The issue comes in LOTR. Although some lines couldn’t be better and are executed perfectly by the actor/actress, there are some that feel off. They just don’t sit right and leave the viewer with a bad taste in their mouth.

Not even up for debate. LOTR is an epic saga that transformed the genre to the big screen. The Hobbit would have been best in two parts, but was egregiously stretched into three to make that cha-ching.

The Jules Factor stems from my favorite movie, Pulp Fiction. Every great movie has something that sets them apart, and to me, that was Samuel L. Jackson’s performance as Jules Winnfield. It’s that thing that keeps you coming back to watch the movie over and over again while keeping the film in your head, long after it’s off the screen.

LOTR has tremendous acting and visuals, only topped off by the world it created. In the span of three movies, albeit three long ones with four hour extended cuts, it built an entire world up and thrust the audience right into it. Straight from the get-go, the viewer is clued in on the creatures and magic that spans this land. If you look at The Hobbit on its own, apart from LOTR, it just doesn’t do that. It heavily relies on LOTR for that and cannot stand up to its predecessor in that regard. 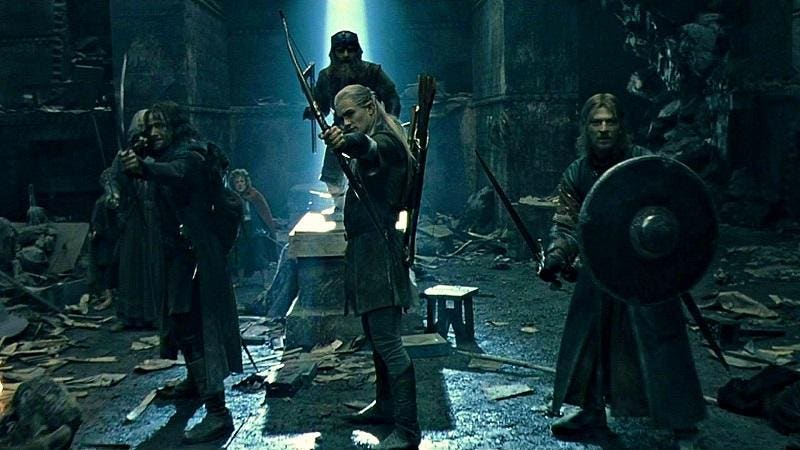 I hope you enjoyed this entry and I am planning on turning this into a series, perhaps bi-weekly. Let me know your thoughts and what matchups you want to see next!