13 of his 17 pro defeats areAfter a three week hiatus without any UFC fights, I, like many MMA fans, am desperately in need of some cage brutality.

Luckily, we have an excellent opportunity here in DC with a card studded by high finish rate prospects and two Heavyweights in our main event who can end the match with one shot.

One last bit of bad news, however. A series of scrapped bouts leaves us with a few solid opportunities to make some cash, but just a few. Some solid underdog plays in Chris Fishgold and Livia Renata Souza withdrew from their respective bouts, but we must make do.

It’s been a rough past couple of years for the Reem. Prior to Ngannou, Alistair Overeem (45-17, 10-6 UFC) was the one-shot wonder who could put anyone away in seconds. This rocketed him to a championship match with Stipe, which was ended in the first by Stipe (even though he tapped). Overeem is one of the original glass cannons, he still has incredible power at 39 and has ended his last two fights in the first by KO, along with world-class submission skills. However, he can quickly be ended by a hard hitter, as 13 of his 17 pro defeats have been finished by KO.

That doesn’t bode well against Jairzinho Rozenstruik (9-0, 3-0 UFC). The Suriname fighter has ended every UFC win b y KO, his last two devastating defeats combine to only 38 seconds. It isn’t even like he is loading up big, though! Jair put Andrei Arlovski, a Heavyweight known for his chin, away with what looked like just a scratch, while Allen Crowder was put to sleep with a jab. With a chin like the Reem’s, it isn’t difficult to guess what will happen.

Take the Shot: Jairzinho Rozenstruik via Round 1 Knockout

Cynthia Calvillo (8-1, 5-1 UFC) was looking to be one of the most dangerous prospects in the cage after taking three wins straight and dealing with some of the most lethal pros since her debut. However, she got overrun by the strength of Carla Esparza, but made it back since with two solid victories. Calvillo is a generalist, with some decent submissions and decent volume, but not a ton stands out. Even her wrestling, something that separates her from the pack in the division, has not always been able to cut it. 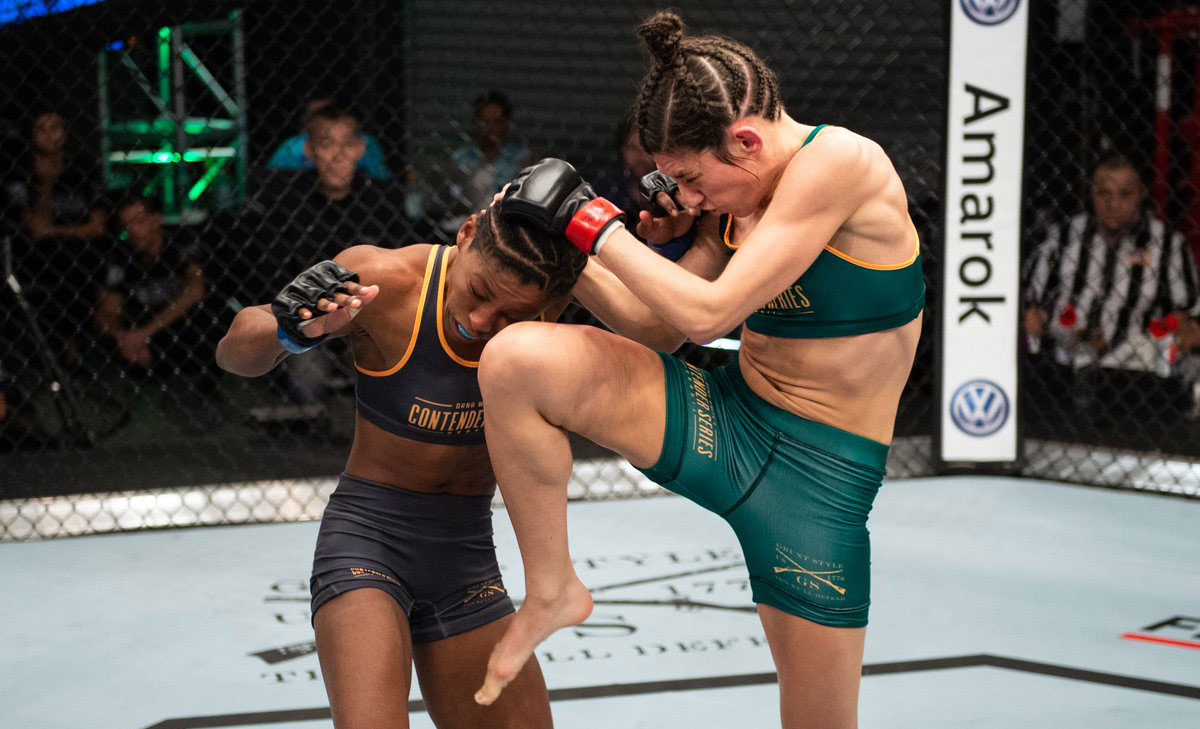 An appearance on the Contender Series brought Marina Rodriguez (12-0-1, 2-0-1) to the big show, where she slightly underperformed with a draw against Randa Markos. Since, she hammered out two decisions, more than doubling her opponent’s output in both matches. She was successfully able to work past the wrestling of Tecia Torres and utilize her height and reach to get ahead on the scorecards. Even though Rodriguez isn’t the best finisher, she has more than enough defensive ability to work over Calvillo for three rounds.

This is a match I have been looking forward to for a LONG time now. Despite having two of his four UFC wins in split decision, Cody Stamann (18-2, 4-1 UFC) has been impressive, to say the least. The wrestler’s only defeat has come to top contender Aljamain Sterling and while he has few venues to finish the fight, the dominance present in his wrestling is a tough challenge against any contender.

Team Alpha Male’s Song Yadong (14-3, 4-0 UFC) was piecing guys up at Featherweight before dropping to Bantamweight to take on Vince Morales. He emerged victorious in that match by decision in what was an incredibly entertaining fight. Yadong is reminiscent of a young Conor McGregor, and he brings in the leg kicks, wild spin kicks, and brute power to back that up. On top of that, “Kung Fu Monkey” is the Chinese BJJ champion, bringing in 3 submission victories. With this kid’s style (keep in mind he’s only 21), it very surprising that 6 of his victories have gone to decision because he really has POWER. Hey, growth is what you want to be seeing from young fighters.

The key to this match lies in the expert range management of Song. He dictates the striking pace and range with an aggression that will make it very difficult for Stamann to land his takedown shots with accuracy. Quite frankly, Stamann NEEDS the takedown if he wants to win this fight. His striking has nowhere near the power or volume that Song offers and the submission threat of the Chinese fighter make this a dangerous match for Cody.

Take the Shot: Yadong Song via Round 3 Knockout

Make some cash on these lines while you still can!