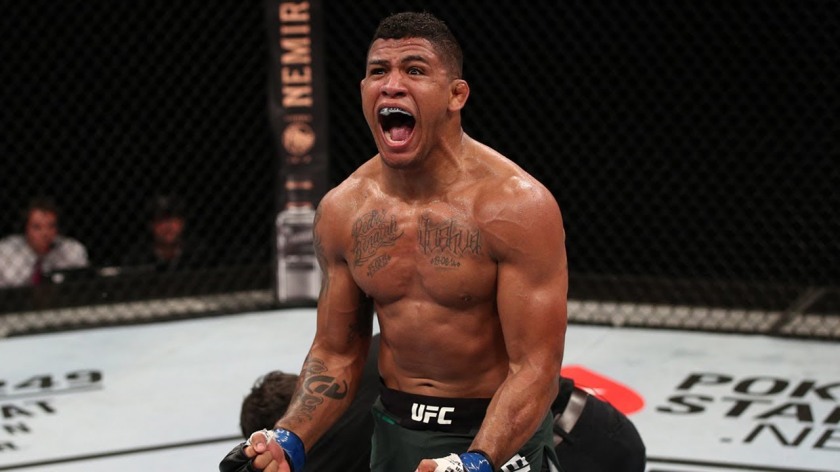 Since the onslaught of the global COVID-19 pandemic, UFC fans have been teased with the idea of Fight Island.

Well, in little more than a week from now, we will have our first card at Yas Island in Abu Dhabi, which is/was to feature a championship triple-header with the Bantamweight, Featherweight, and Welterweight titles all on the line.

However, as fighters and teams transition across the world for the four Fight Island cards, they have to be tested for the coronavirus and to fight, they have to pass.

Unfortunately, a number of fighters have already tested positive for the virus and will be pulled from the card, most notably Gilbert Burns, who was meant to face off against Kamaru Usman in the main event at UFC 251.

Other fighters infected include Vinicius Moreira, Marina Rodriguez, and Anderson dos Santos, all previously scheduled for July 15th, as well as Danny Roberts for the card on the 25th.

While the UFC is certainly scrambling to find replacements for the fighters still eligible to compete, they will have more issues than normal with travel restrictions and the location of the event, not to mention further testing, contract negotiations and the like.

This combined with the passing of Abdulmanap Nurmagomedov (also due to COVID-19) has made for a really disappointing day in the MMA community, but one that we can all hope to return from stronger together.