Each film is quality work in their own right, but they come together as a series and as you watch the characters onscreen grow. That being said, I have often found myself wondering exactly which ones have the upper hand in competition, so let’s give it a shot.

Starting from worst (relatively speaking, of course) to best, we have Harry Potter and… 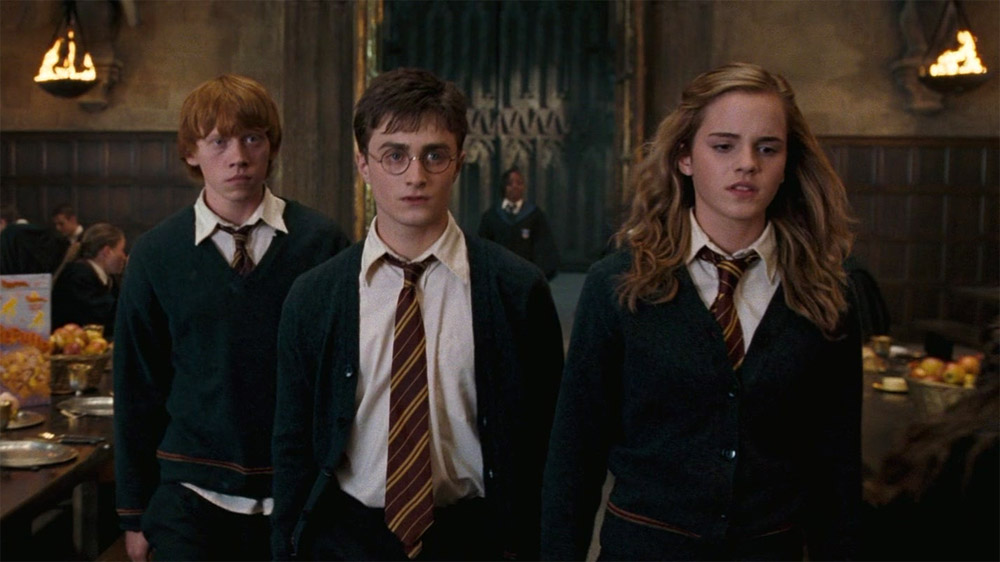 The worst of the series, in my opinion, comes from the fifth in the series. This one finds itself in a weird sort of middle ground between the emphasis upon Hogwarts and the character development frequently presented in the earlier films, but also not fully giving way towards the war going on with Voldemort. Not to mention that the “big battle” at the end feels a little underwhelming and too foreshadow-y. It also just makes me sad seeing Sirius die.

The sixth year of Harry’s story takes our next entry, for many of the same reasons as the top one. However, it really comes together in the end with the team-up between Harry and Dumbledore going out to find the Horcrux, as well as really making Snape a lot of fun. It sets up for the final book (although it’s not technically the final movie) in excellent fashion and changes the game on Harry, making him feel like he is more alone than ever and forced to identify his own true strength.

The very first film is up next and this one stands out a little because of its tone, almost child-like and wondrous compared with the much darker content of following years. This film does a great job layering plot points as well as details from the original books, primarily serving to set up the coming conflict of the series. The innocence within the characters helps to introduce the audience to all the insane and marvelous magic going on in the film, as well as condensing the lore.

#5 – The Chamber of Secrets

This one always brings a real smile to my face and after seeing the film at least a dozen times by now, I still can’t precisely nail down why. Of course, the magic at play in this movie is a lot of fun, as well as introducing Dobby, the mischievous little elf. The ending conflict is raw and gripping, as well as truly cementing the character tropes at play within the series.

The first film adaptation of the seventh book was truly iconic. Not only was it able to keep an intense pace and a bold climax often missed in ‘Part 1’ types of movies, but it brilliantly set up the final chapter in the saga with the final shot of Voldemort discovering the Elder Wand. Once again, the actors shine through in their roles, but the raw performances held in this film and its sequel outdoes their prior work. Plus, I just really like the animated tale of the Three Brothers.

#3 – The Prisoner of Azkaban

Although this film starts off somewhat slow, it makes up for it with its ending. The onslaught of action and mystical lore at play keeps you engaged and gripping your armrest through the last hour. With the threat of werewolves, Dementors, and an escaped inmate after Harry, there is no shortage of challenges for our protagonists, but it still makes plenty of room for the light-hearted nature present in the earlier films.

The very final film in the series received the most praise, both in the box office and with critics. It’s not hard to see why, as the gripping performances here establish exactly why the series is so successful. On top of that, it wraps up the epic saga in dramatic fashion, utilizing Rowling’s impeccable source material to put together a truly touching and conclusive story, still filled with all the action and stakes that you would expect from a movie of this size. 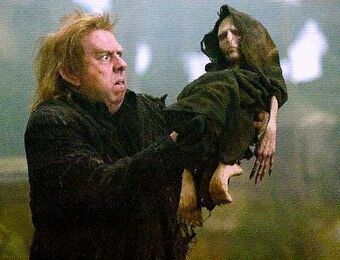 This movie stands out to me for the way that it combines the high octane wizardry and a coming-of-age tale. While every movie does that, this one takes it up a notch with the introduction of the Triwizard cup at Hogwarts and a series of new changes on the school front. Meanwhile, Voldemort is on the rise and the Ministry is struggling to keep up, ramping up the scale of danger present in the series. This film sees each character shine through in their own way and all make immense personal strides that were somewhat lost within the other movies in the series. Which is somewhat inevitable when transcribing several hundreds of pages into a 120 page script, but still. This movie is my go-to when I’m craving some of the Wizarding World for all the right reasons.

Of course, this is all just my own, extremely biased, take on these films, so please don’t forget to leave a comment and let me know what your list is!