Welcome back to our monthly essentials, where we have four hot picks for which movies you should put on your list this month!

I lied, they’re not all movies.

This is a one season show that has been cancelled since, but is a fun watch for any horror/monster movie fans, especially with the limited selection of quality horror films currently. This show follows a global pandemic (sound familiar?) that turns people into blood-sucking vampires. These vampires have feelings and emotions, though, and there is an incredible ethical debate and moral backbone to the story that drives the plot further. My criticism of it comes with the acting, as there was not really a single character that I felt a true close bond to. Still, I love me some horror.

For some reason, nothing feels better to me in the summer than a nice shark movie. Even though most iterations under this umbrella not named Jaws end up being kind of so-so, I always get a good kick out of them. This one is no different, as it leans into the antics and craziness often criticized in this. In a secret testing facility looking at shark brains for Alzheimers’ research (yeah, I know), the sharks learn how to escape their enclosures (yeah, I know) and must be caught before they are able to breed in the wild. The movie is pretty campy, not unlike Piranha, another one of my favorites, and features fantastic performances by Samuel L. Jackson and Saffron Burrows. If you’re craving a revamped shark thriller with an entirely implausible premise that makes it all the more fun, this is your ringer.

This next entry follows a straight A student accepted to nearly Ivy League university, who suddenly loses it all in a massive mistake. From there, he embarks checking off his F**k It List, which starts with kissing the girl he has a crush on. How sweet. Adorned with a cast reminiscent of 2010s Disney Channel, it gives a crisp hit of nostalgia along with a plethora of well-known and talented young actors. Overall, the movie is no technical masterpiece or even any revolutionary within the drama. At its heart, it’s a well told and well-acted story made to endear you towards the characters and the experience of the film itself. 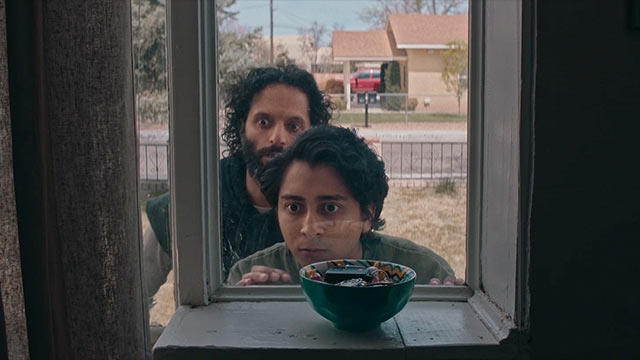 Our final film of the month explores Nat’s story as he drives across the country to Los Angeles, where he is starting art school. Along the way, he meets up with Richard who accompanies him. This film stars Jason Mantzoukas as Richard and Tony Revolori as Nat, both of whom I revere as true talents, and both once again shone through in their performances. The film really tries to channel the feeling of the long road trip that our protagonist is going on and you feel both the ups and downs of the trip with the character through the insightful acting. The whole movie is raw and engaging throughout, bringing you close to the characters’ own emotions as they go through it all.