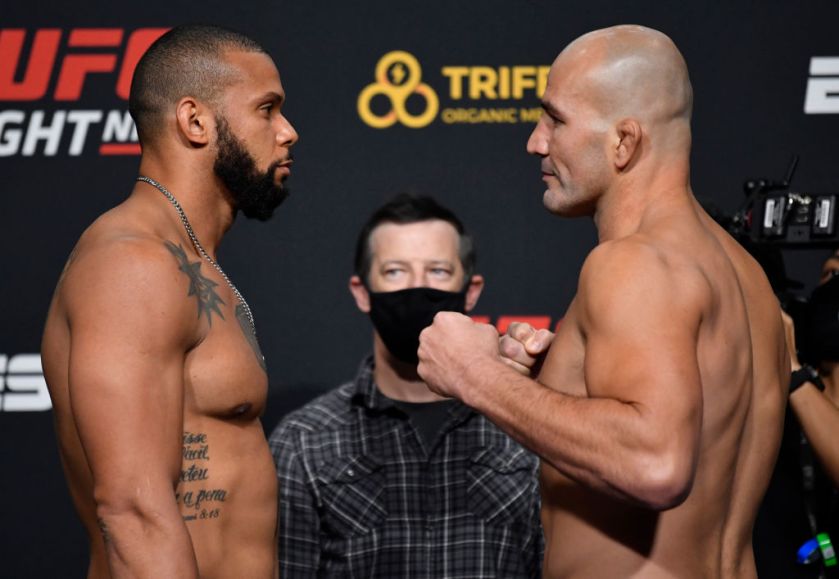 The much rescheduled bout between Thiago Santos and Glover Texeira finally came through, and brought with it another fantastic card!

Afterwards, we’re stuck asking ourselves… what’s next for the victors? Well I’m here to try to play matchmaker for our main card winners and see what fights could (and should) be on the horizon!

Glover Texeira withstood some serious adversity from Thiago Santos to secure a third round submission, setting himself up as the clear number one contender. At 41 years old, Texeira does not have much gas left in the tank, but has proved he is still a very game opponent with a wekkl-rounded and threatening skillset. Although Israel Adesanya may swoop in to mess up the usual trajectory of the division, this victory SHOULD all but secure a title shot. Santos defeated Jan Blachowicz in February of 2019 by third round knockout to launch him into title contention. Holding a win over the last man to beat the champ and securing the number one contender ship here tonight makes the Brazilian incredibly deserving of another title shot.

Of course, if Izzy does steal Glover’s title shot, the winner of the upcoming Dominick Reyes and Jiri Prochazka bout will set up another title threat.

Andrei Arlovski earned a unanimous decision win over a serious contender in Tanner Boser, extending his win streak to two and earning three wins in his past four fights after an abysmal losing streak. Arlovski seems to have made some requisite changes in his gameplay to adjust and it has payed dividends. I am not sure where he goes from here, but if he wants to get a number next to his name once again, I have just the matchup for him. Blagoy Ivanov, ranked at #14, has not competed since a split decision defeat in May to Augusto Sakai. His grappling threat and versatile skillset present a good match for Boser to surge into the rankings with a victory in.

Raoni Barcelos scored an entertaining decision win over Khalid Taha to score his fifth Octagon victory. His diverse striking attack and competent wrestling ability make him a serious threat and his experience level only enhances that. With five straight UFC wins and three by finish, he is long overdue for a shot at the rankings. Song Yadong has not competed since a controversial decision victory over Marlon Vera in May. The Chinese striker has a fantastic finishing threat bred for fireworks in a match against Barcelos.

Giga Chikadze scored his first Octagon finish by stopping late replacement Jamey Simmons by knockout inside the very first round. Chikadze is a top prospect with five straight wins now ion the UFC, including four in 2020, and he wishes to continue on this streak by competing again in December. He has expert striking credentials and with his current win streak, he is well deserving of the high opportunity slot he campaigned for in his post-fight interview. I like a bout with Arnold Allen next for this reason. Jeremy Stephens was recently forced out of his bot with Allen, and Chikadze’s win here negates a lot of criticism about his skill level. This would be a fantastic matchup of prospects.

Yan Xionan made statement with her decisive victory over title challenger Claudia Gadelha, banking the second and third rounds with technical striking and range management. With six straight UFC wins, she is certainly deserving of an opportunity for a title shot and I think a perfect bout would be against former champion and divisional GOAT Joanna Jedrzejczyk. Both of their high output striking styles would be sure to produce a firefight, and with Dana White all but confirming that Zhang vs. Rose is the next Strawweight title bout, I don’t see another option better suited to produce the next title challenger.

That’s all for this week!

Check back on Tuesday for the main card predictions for next week’s event, capped off with a Lightweight bout between the rising Islam Makhachev and former champion Rafael Dos Anjos!